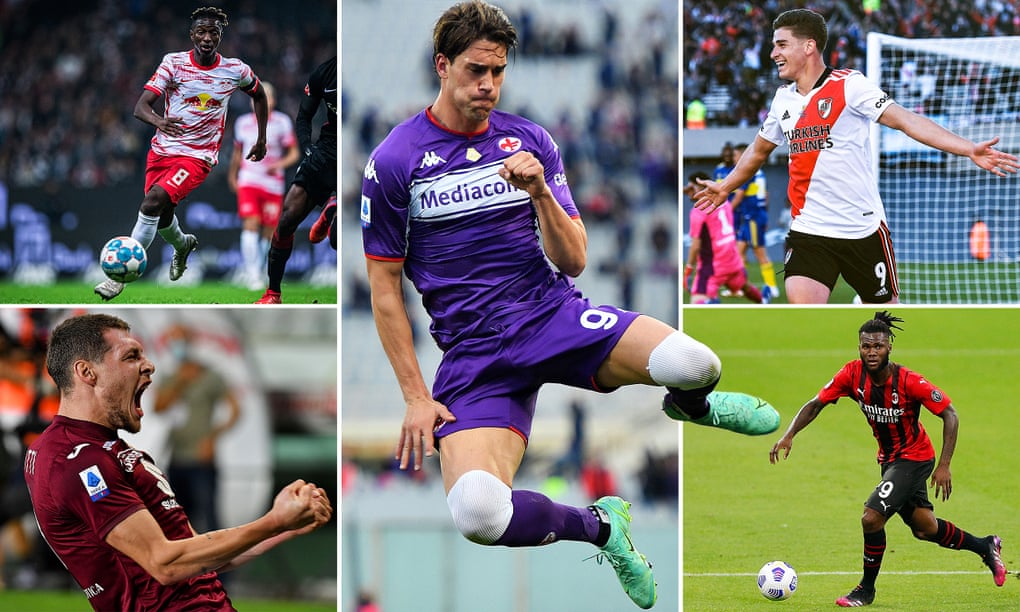 Another game, another goal for Dusan Vlahovic. The Serb scored his 12th of the season in Fiorentina’s 3-1 win over Sampdoria on Tuesday night to open up a two-goal lead between himself and Ciro Immobile in the race for the Capocannoniere. Whether Vlahovic will still be in Italy when the award is given out is another matter. According to the Meridian sport betting website, he is a wanted man in England and for good reason. Arsenal and Tottenham are apparently interested in the 21-year-old, with Spurs reportedly making him their top January target as the long-term successor for Harry Kane. Vlahovic will not come cheap but, with just 18 months to run on his contract and a reluctance to put pen to paper on a new deal, Fiorentina’s stance on their prized asset may soften in the new year, particularly if they can sign a replacement early in the window.

Not long after Manchester United appointed Ralf Rangnick as their interim manager, the club were linked with RB Leipzig’s battling midfielder Amadou Haidara. Rangnick brought Haidara to Leipzig from RB Salzburg, so he is familiar with the Mali international’s style of play. Haidara would be an immediate upgrade on United’s current options. A sticking point would be the 23-year-old’s potential involvement at the Africa Cup of Nations in January, but RB Leipzig’s exit from the Champions League means he would be available for United in the latter stages of the competition. With a rumoured £33m release clause, he could be a bargain buy for a problem position at Old Trafford.

Inter will be reluctant to lose a key midfielder at the turn of the year, but Marcelo Brozovic’s current deal expires in the summer so they run the risk of losing the 29-year-old on a free at the end of the season. Brozovic has started all 14 league matches for Simone Inzaghi’s side and his ability to retain the ball is a key component of their attempt to retain the league title. Brozovic’s pass success rate of 92.3% is better than any other midfielder in Serie A this season. Having worked with Brozovic at Inter last season, Antonio Conte may try to link up with him once more in England. Tottenham need a player to anchor their midfield and the Croatia international has the winning mentality Conte requires.

Shortly after Conte was named Tottenham boss, Franck Kessié was heavily linked with a move to the club. Kessié and Milan are currently locked in contract talks, a standoff that shows no sign of ending anytime soon, and a move away from San Siro is the likeliest scenario at this stage. Whether Milan will allow him to leave in January remains to be seen. He has started nine of their 14 league games this season and that figure would have been higher had he not played at the Olympics. Like Haidara, Kessié’s potential involvement with Ivory Coast at the Africa Cup of Nations may prove a sticking point, but the 24-year-old would add energy, attacking thrust and defensive workrate to a Spurs midfield that needs a revamp.

Niklas Süle is out of contract in the summer, which leaves Bayern Munich stuck between a rock and a hard place. The towering German has admirers in England, notably Chelsea, so Bayern need to decide whether to sell the 26-year-old at the turn of the year or risk losing him for free at the end of the season. With everyone fit, Süle is not a guaranteed starter for Bayern, with Julian Nagelsmann favouring a partnership of Dayot Upamecano and Lucas Hernandez, so the Germany international is considering his options. With question marks over the futures of a number of Chelsea defenders – including Antonio Rüdiger, Andreas Christensen and Thiago Silva – Süle could be drafted in at the turn of the year to bolster Thomas Tuchel’s defensive options.